Keeping an eye out for local wildlife 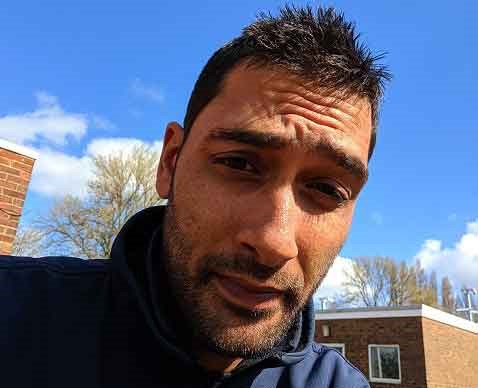 I regularly rescue birds from the site’s activated sludge plant (ASP) – part of the wastewater treatment process. I fished Bertram and Ernest out at the same time, warmed them both up and cleaned them down, and sat them next to the radiator in our welfare office to dry them out.

After a few worms, Bertram found some energy and flew to pastures new.

Ernest was another story. He’d wrapped himself up in a Hampshire hook rope line and his flight feathers weren't in great condition. I shared my sardines in tomato sauce with him at lunch for good measure and was just hoping he’d make it.

The next day he was up and around, and I had to chase him down for his breakfast of tinned mackerel. He looked so much better than the day before – his bite was really strong. I opened his wings out and the feathers didn't look that bad after they'd dried.

I fed him another tin of mackerel for his lunch and then thought about seeing how a release might go.

He devoured a last meal of sardines in tomato sauce and then I released him at ground level. He wasn't sure at first, but he eventually stopped walking and started flying. He soared over the containers on the docks and was reunited with his kin.

Definitely a proud dad moment for me!

I think the birds get into trouble because it's warmer in the ASP uplift chamber. It's sunken into the ground so it’s protected from the wind. The addition of recirculated activated sludge – which added to the ASP to help speed up the treatment process – makes the water warm, so the birds use it as a hot tub, but eventually they get caught in the Hampshire hook lines. They get too heavy with sludge foam and the chamber isn't long enough for them get enough of a run-up to fly away.

I’m in the process of organising for a bird net to be installed over the ASP as a permanent solution, but for the moment I’m managing with an extendable pool net and a will to save them.

To some they're just gulls, but they're a protected species under the WLCA 1981. As operators, I believe we have a duty of care onsite to uphold this as much as we possibly can.